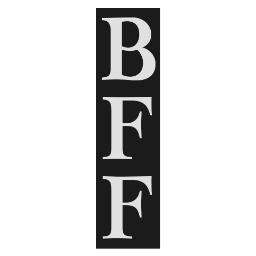 Birmingham Film Festival is an international festival of screenings, events and awards for filmmakers from around the world.

Over the three days of the festival you’ll find features, shorts, doumentaries as well as seminars and Q&As.

The festivals runs from the 25th to the 27th November 2016 and will take place at the Mockingbird theatre in Digbeth. Submissions deadlines run up to October.

What do you look for in a film that’s submitted to your festival?

Films need to either be engaging, creative, insightful, beautiful, well crafted, entertaining or have something to say. Any one of those qualities is enough for us to take an interest and consider the film. A low budget movie shot on a consumer level camera may have a deeply evocative message or be a really thrilling movie and so it would definitely be of interest.

How many films make your official selection and is there a point when the volume of entries can become a burden?

We’d like to show as many as possible, including features. Over the three days we aim to show at least 70 films, with a real mix of theme, genre and tone.

How important is production value to you? At what point would you consider omitting a film, based on visual and audio quality?

If the story comes through, if the characters are interesting and if the film is put together well to tell its story, then that’s what’s important. We draw the line if a film has major sound issues, is out of focus or fails on a technical level.
Outside of that it’s very much a case of personal preference between the team as to whether or not the low production value is detrimental to the film. Having said that, some of the highest budgeted films in Hollywood, with amazing production value are awful.

How do you support local filmmaking talent?

The festival is a platform for networking first and foremost, so hopefully local film makers will be able to attend a lot of the events we have planned and gain something from them. The best local film will also be recognised with an award for its achievement. Hopefully this festival will help bring the Birmingham and Midlands film community together and show the rest of the country and the world the talent we have in the region.

Do you find there’s a conflict between the accessibility of the internet and film festivals?

I think the two help each other a great deal. Online submission is now the fastest and most efficient way for film makers to get their films shown at festivals. It gives film makers access to many more events, they otherwise would not have known about. Online documents and files being submitted direct to festivals saves time and money for the film makers and it all leads to the ultimate goal for every film maker; having your work shown on the big screen in front of an audience, which is the greatest thrill of all.

Do you feel platforms like FilmFreeway have made the festival circuit more accessible to zero budget filmmakers? If so, do you think this is a good thing?

Film Freeway in particular is a site I really am grateful for. As a film maker I have used it on numerous occasions to submit my work but now being the other side of the festival world, Film Freeway has made it so easy to establish our event and allowed hundreds of film makers to get their work to us. At the end of the day we want to see as many films as we can and show as many as possible. Without Film Freeway (and other similar sites), we’d never have this opportunity.

Do you think film festivals have changed in any way over the past five years?

In the last decade there has been a huge shift in the way film festivals operate and the purpose they serve. With so many available it’s both a blessing and a curse for film makers. It gives you more options and a chance of getting your film shown but also means you run the risk of being lost in the noise. (More of which is being made every year!)

Have you noticed any change in the type of films being submitted?

What has struck me most is how much further afield the submissions come from. We have had films submitted from Ghana, Iraq and Mexico, which is totally amazing to me. The fact that film makers from around the world are more connected than ever is a real achievement and something we should all embrace and be proud of.

Are there any ways in which film festivals could improve their relationship with filmmakers?

The thing that always frustrates film makers is not hearing from the festival if they haven’t been selected. The money people spend to submit to these festivals can mount up pretty quickly. Most submission processes are handled online so an email, even a brief one, to inform film makers that they haven’t been selected would be a gesture of respect. We plan to contact every single person who has submitted to the BFF, it’s the least we can do for those people who have taken the time to share their work with us.

What advice would you give to anyone wanting to start their own film festival?

Be prepared for a lot of organisational work, a lot of decision making, a lot of running around trying to get things together but definitely go for it. Allocate time and stick to deadlines because the submissions can build up quickly and you really want to see every film sent to you, they will be the heart and soul of your event when it comes to it.

You can submit to Birmingham Film Festival via FilmFreeway and Festhome.

More information and announcements can be found at birminghamfilmfestival.com