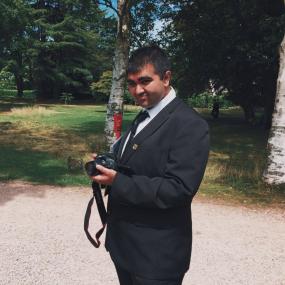 Fuwad Abrar is a British-Pakistani filmmaker who has made films for over ten years. He started making films when he was thirteen years old, using a Sony Ericson phone which had a camera and a simple editing program. He would use that daily and since then, fell in love with filmmaking.

From then, he decided that it was time to make his first feature. On New Year’s Day of 2016, he started writing what was soon to be his feature film directorial debut, Isolated. Isolated was written in 2 weeks, filmed in 5 days and edited in less than 2 months. Next in line, he has his second feature film titled The Mirage.

What films/filmmakers inspired you to become a filmmaker?

Wow, that is going to be a loaded question, but I will try to name just a few. When I was growing up, Star Wars was always a massive part of my life. As a kid I just loved watching all three of the original films. I loved escaping the real world and being immersed within the world of the film, and in particular, those films. They inspired me enormously, because they helped me explore my imagination and helped me with my creative writing and directing. Of course, I was one of those kids who’d always have a stick and pretend it was a light sabre.

Any films by Steven Spielberg, Martin Scorsese, David Fincher, James Cameron, Ridley Scott and Stanley Kubrick. These are some of my favourite filmmakers and their films have inspired me a great deal. It can be a cliche to name these phenomenal filmmakers, but it is the truth, they have had such an impact me and also cinema itself.

How did you come up with the idea for your first feature (Isolated)?

Isolated was an idea I had when I was walking home from school. I walked past this man who must have been in his early twenties. He was sat on a bench, looking all depressed and lonely. I always wondered what his day would have been like up to the point that I met him. It was a giant idea that just kept playing on my mind over the years.

He looked very normal, wearing shirt and jeans, and there was a point where he was crying for a little bit. I wanted to ask him if he was okay, but I didn’t want to disturb him. Wherever he is right now, I hope he is alive and well. I never saw him again after that day, which was over nine years ago now.

During the writing process, how aware were you of locations you could use and did you have any actors in mind for certain parts?

I was fully aware as I shot it in my hometown of Stoke On Trent. I grew up here and pretty much knew the locations like the back of my hand. Stoke On Trent is a very small city in the county of Staffordshire and has a system of dividing the city into six towns. Longton, Hanley, Burslem, Tunstall, Fenton and of course Stoke.

We intentionally did not film in the towns of Burslem and Tunstall, as they are always busy and most of the time did not suit the setting I was going for. I wanted a more open environment which involved some big buildings. Hanley had this quality as it is right in the city centre.

The reason I wanted an open area was to give a metaphorical depiction of what it could be like for someone to be on social media. They are in open view to the world, but deep down never felt so lonely.

Lastly, I thought of the idea that, what if after 9/11, Bin Laden was in the streets of New York? Would he be recognised instantly? I mean in the few hours after the event, would anyone realise it was him?

All of these ideas eventually came together and I ended up with the idea for my first feature, Isolated.

What was the most challenging aspect of making your first feature?

Getting it actually made. What I mean by that is there were so many pushbacks and delays that got me frustrated. I initially wrote the part of the lead for my friend who was in most of my short films. He sadly had to drop out though due to personal commitments in his life, leading me into a slight panic.

I then approached local actors, asking whether they wanted to be in it. It became such a struggle for me that I almost pulled the plug. Literally no one wanted to do it. It was very infuriating, thinking that they studied acting but did not wish to work on the film. They all responded positively to the script as well and still wouldn’t do it.

Myself and my producer decided it was best to put an ad on a casting call website, and within four days we got 140 people begging for the part. This was something I could not believe was happening. It lead to me thinking, why didn’t we do this from the start?

Finding the right actor was a massive challenge and we had to narrow it down from 140 people to the last 5. Finally we reached our decision on two actors, Samuel Vaughan and Gerald Maliqi. They both impressed me so much, I had to give them the parts. Samuel was cast as the lead Jack and Gerald was cast as Tony. After that, everything went according to plan.

Do you have any advice for anyone about to make their first feature?

The main advice I can give is always (and I mean always) have a PLAN B. I learnt this from my producer Atdhe Latifaj who suggested the ideas on how to progress with the production.

Another piece of advice I would give is that if you believe you are ready to do a feature, then please do it. The issue I had was that I was asking local filmmakers for tips on making a feature film. They all said that I was making a big mistake and to just stick with short films. I got a jealousy vibe from this and so decided to ignore them. It was down to one simple reason, I was ready to make my feature film debut.

Do you have any plans for a festival run/distribution?

I do yes. I have submitted it to the BFI film festival in London and fifteen other film festivals across the globe. I am not really expecting much, but I figured it is worth a try to hopefully get some form of recognition.

After that, I am aiming to do digital downloads at a very cheap and reasonable price. For me it is not about making money, it is about letting people see my work and enjoying it.

What’s your approach to directing actors?

Hours before the shoot I just talk to them. I talked to my actors for days and nights about the character’s story, background and how they got to that point in the film.

Also, just try to make the process as friendly as possible, so it feels natural. Don’t make it feel like it is a lot of work or else you may not enjoy the making of the film. 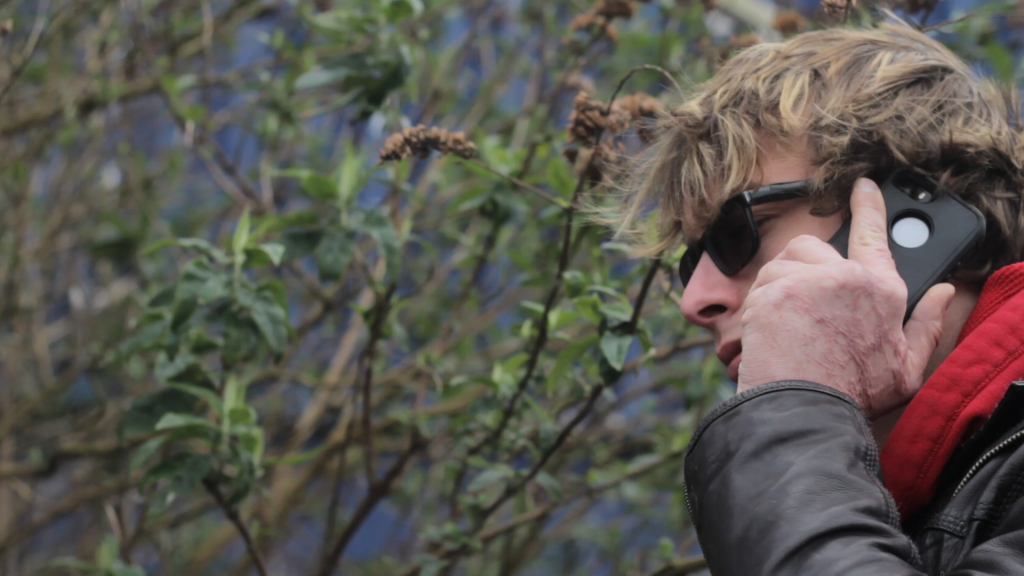 How important is collaboration to you?

Collaboration is important because whenever I write a character, I want the actors to have their full input to make the character their own. I don’t want to stress too much on how I want the characters to be on screen as the actors have the responsibility for that now.

If I discuss it with them, and they have ideas, I always like to make it work so that we can make the film we all want to make. There will be times of disagreement, and that’s fine as it is my film and my vision. Make sure, you don’t let any actor overthrow your creativity. If that happens, then you know it won’t work and need to find someone who can make it work for you.

Are there any aspects of modern cinema that you dislike?

I really dislike British social realism films, such as This is England or any film by Ken Loach. To anyone who loves them, I respect that, but I personally am not a fan. The reason being, I watch a film to be entertained and taken out of the real world. These films just remind me of how horrid some places can be. To me, it completely defeats the purpose of a film and may as well be a documentary.