The filmmakers behind Australian zombie film Wyrmwood Road of the Dead describe it as: “A rip-roaring Ozzie classic with beer and people being very sweary.” If first impressions are as important as they say, then Tristan and Kiah Roache-Turner’s debut feature leaves an indelible scar on the consciousness of any genre fan, the bold vision of what genre cinema can be embraced with great affection by the filmmakers.

During the course of our conversation, the brothers looked back on the Wyrmwood experience while keeping their one eye on the future. As Kiah explained: “Usually it seems like filmmakers take about three films to find their tone. I do feel that Wyrmwood is kind of a pastiche of Romero, George Miller and all these people. It is certainly bursting with original energy, but I think Tristan and I have to make a couple of other films before we really find what our style is as directing brothers. But it will be fun finding that tone!”

Why a career in film? Was there an inspirational or defining moment?

TRT: I’ll jump in there! I became obsessed with film when I was thirteen maybe fourteen; absolutely obsessed with Raiders of the Lost Ark and Star Wars. We had a family friend who had thousands of movies, and so I started devouring Apocalypse Now, Blade Runner and Taxi Driver at a very young age. I developed this weird OCD obsession with filmmaking and as soon as we got our first camera when we were fifteen or sixteen Tristan and I just started making films together.

The first film we made I chopped him up and put him in a bag. When our mom saw that film she started screaming and crying. It was then that we realised what a strong reaction we could get from an audience, whether it was our mother or somebody in Spain, which we would find out about twenty years later. So we just started making films: short films and music videos for ten, fifteen years and then inevitably we would wind up making a feature. We sat down and decided to make a zombie film which took us four years. We started in 2010 and here we are now talking about it.

Why do you think the Zombie monster and the apocalypse continue to endure within narrative fiction?

KRT: It is a difficult question to answer and we have thought about it a fair bit, because we are in that genre now. I think people have an obsession with the end of the world, and zombies represent the end of the world. The apocalypse is a fascinating thing especially with global warming and all that bollocks. But if you move all of that intellectualisation aside, one of the things that people love about zombie films is that you are in a world where you can blow your neighbours head off with impunity. There are are shuffling corpses wandering around and suddenly you are in a live action video game where you can pick up a shot gun, run out the front door and cause a bit of mayhem. It is like a game and you have to survive. One thing that people love is the video game concept, which is a challenge and it can also be adventurous. Years ago Tristan and I used to have a big obsession with shoot ‘em ups, and zombie films are basically living through a first person shoot ‘em up. Hey what do you reckon Tristan…did I answer that one well?

TRT:  Hell yeah! Me personally I just love shotguns. I just love the idea of having something coming towards you that wants to kill you, and you have not only the right but the responsibility to blow the damn thing away! [Laughs]

Reflecting on your experience in the director’s chair for your feature debut, how did the expectations compare to the reality?

KRT: What do you reckon Tristan?

TRT: I reckon this movie turned out so much better than I expected it to. I always thought it was going to be awesome; a good romp and good fun. I thought it was going to be so patchy and rugged, but it actually doesn’t look like a movie that was filmed over four years, and it doesn’t seem like the script was created in this haphazard, completely transformational way that changed dramatically over the time that we shot. It seems to be a pretty cool complete little piece, and for me it was great. The amount of articles and reviews that have been written about it, I wasn’t expecting at all, and so it exceeded all expectations. It has been a great ride, and it has been humbling. It makes me think the world is a really beautiful place… It has been great!

The British setting of Under the Skin and Nina Forever afforded these films a certain feel. What does the Australian setting bring to the Wyrmwood and is the identity of the film intrinsically linked to its spatial settings?

KRT: Definitely, and just to say that I loved UNDER THE SKIN. I fucking adored it. It is one of my favourite films and I could never make a film like that. It is brilliant! But, yeah the landscape and the country should be intrinsic to the art of the film.

TRT: With Wyrmwood what we really wanted to do was to make a film that celebrated Australianess, like they did back in the seventies with Mad Max and all those Ozploitation films. There has been a tendency in the last couple of decades for Australian filmmakers to kind of make these films with American accents, and I think that is where it started to pander to an American audience. But we didn’t want to do that. We wanted to make a rip-roaring Ozzie classic with beer and people bring very sweary. We wanted to make a zombie film where the lead guy is a mechanic from Bankstown, which is a suburb in Sydney where tough blokes come from; where the real Australians come from. It was important for us to shoot in the bush because most of the zombie films that you see, whether it is World War Z or 28 Days Later which is London, they are always shot in those settings. It was very important for us to go out into the bush and the Blue Mountains and film a landscape that is deeply Australian. We were also very lucky that we were able to find someone like Leon Butchill so that could we could also bring the indigenous side of things to the film, and make it a fully rounded Australian experience. So that was very important, and Tristan and I discussed that while we were writing it, and it was definitely something that informed us during the making of it.

Once you have made the film and you have put it out there for the audience to experience, do you perceive there to be a transfer of ownership?

KRT: As soon as you release your film, go onto YouTube, look at the trailer and the first comment underneath the trailer is: “This is shit! You realise that it is no longer your baby. You have released into the world and some people will hate it and some people will love it. It is a very interesting lesson because no matter how much you love it the audience makes up their own mind. Tristan, what do you reckon?

TRT: I agree! You are releasing it out there into the big bad world and people are going to either love it or hate it. I totally agree with that, and I think you can hone it, and father it for as long as you want, but once you actually get it out there and release it then it is up to the masses mate. It is up to whether they like it or not. 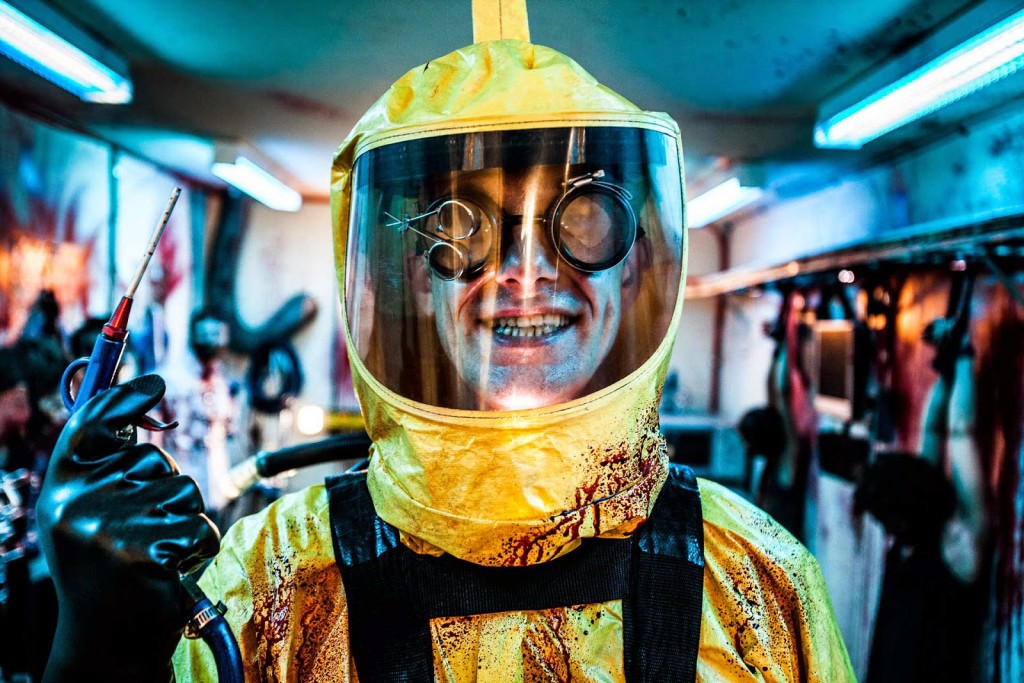 KRT: That is a very interesting question because back in 2010 we shot a scene which we considered was going to be the opening scene of the film. But it turned out not to be – we cut it from the final film. So we released ten minutes of footage online and had a huge response. We were lucky as filmmakers in regards to that we knew we had an audience; a fan base that was waiting for the film for three and a half years. When we went after crowdfunding the anticipation meant people wanted to buy the film ahead of time. So we were very successful in that people bought into this project very early on and we have been interacting with our audience for four years prior to releasing the film. We didn’t release this film nervously because we knew that we had an audience waiting for it. We hoped that it made a bit of money and it got a distributor, but what we didn’t know was that we had a much larger audience than we actually thought. So when we were seeing the tweets from Glasgow, the film premiere in Texas and all of these fans come out of the woodwork…when we premiered in Toronto the film hadn’t even been released, but all these Cosplay’s turned up in costumes that they’d made from the film; from posters. So it is a very interesting time for filmmakers because you can build a fan base without having even shot or finished a film. I am fascinated by the concept because I know a lot about film and film history and this has never occurred to me the Internet has blown the doors wide open in that regard. Obviously the piracy is an issue, and is something that we have to work through, but in terms of being interactive and having a personal relationship with your fans, it has never been better. It is an exciting time to be a filmmaker.

TRT: I think momentum is the best lesson that I have learned from making Wyrmwood. You just have to keep up your momentum and keep on moving ahead no matter what, because if you stop then everything just comes to a grinding halt. But if you just keep on going forward, then you are going to be able to make it happen.

KRT: You know what I learned from this whole experience more than anything – it is the simplest possible thing in the world. I learned that I can direct a film and people will like it. Being a filmmaker and as it is my dream hoping – can I, will I be able to do it? Yes I can, and that is a fantastic thing to be able to say. The best lesson you could learn is that you can follow and fulfill your dreams.

The hardest thing that we are going through at the moment is how do we top it. We have had this success; everyone loves the film and it is a cult classic, but now we have to make our second film. In a way it is more important that we get this one right. So now all I am thinking about is the second film. I love Wyrmwood but it’s like we’ve got to get the next one totally right, and we’ve got to build on that. So that is a scary concept.