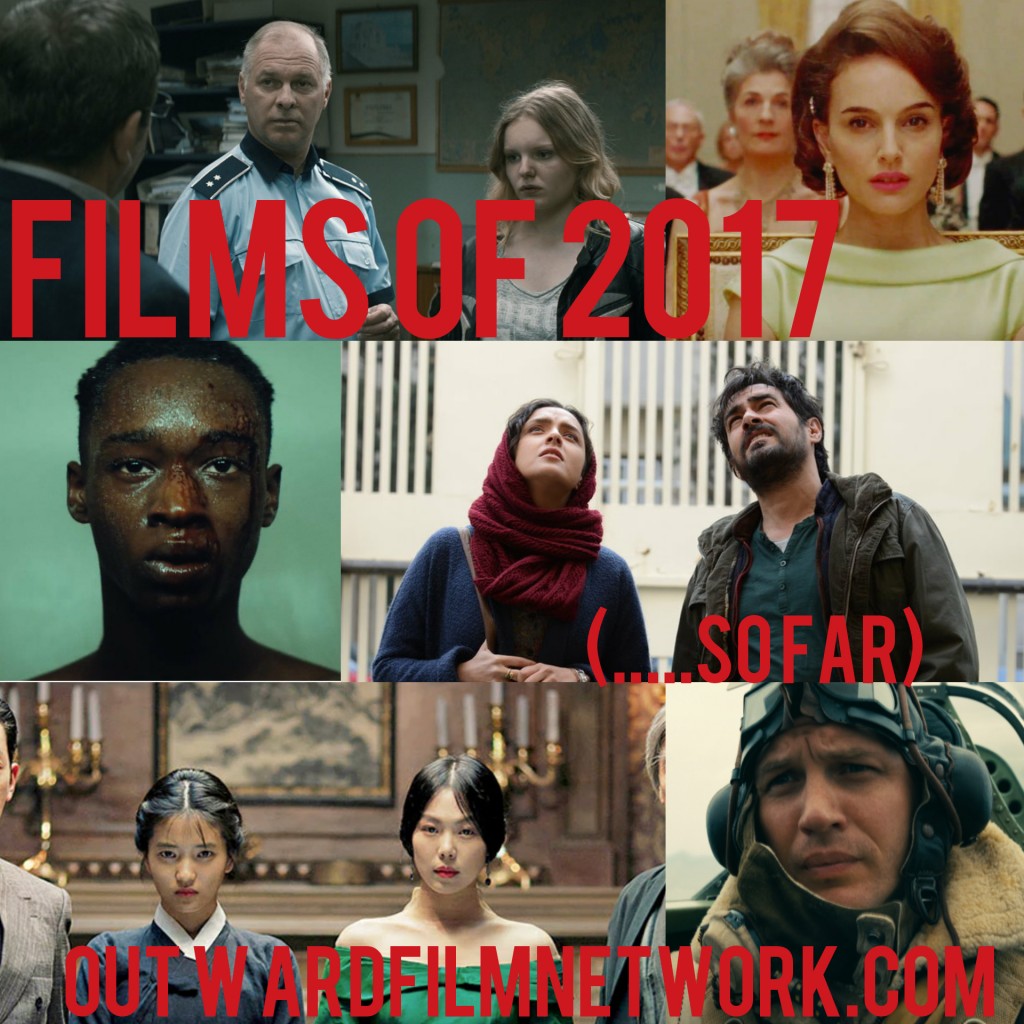 Not quite the mid-point of the year but it’s always good to follow this particular trend.  Below we list the five films that have impressed us most. What films have we missed? Let us know in the comments section below.

A strong start to the list from a director whose consistency in excellence continues to shine with this taut moral drama. It doesn’t quite reach the compelling intensity of 4 Months, 3 Weeks and 2 Days or Beyond The Hills but is still filmmaking of the highest order. Genuinely riveting and genuinely brilliant.

A very dark, disturbing erotic thriller with a complex story told with remarkable expertise and skill. Told in three parts with each one offering a different perspective on the mechanics of the plot, it’s an examination of humanity’s obsession with sex from the dark and vulgar to it becoming an exploration of love and passion. It is a film in which you cannot reveal too much of the plot much beyond its basic set-up in which a handmaiden goes to work for a rich lady in order to pull of an elaborate and long-winded con on her. What happens beyond that is mysterious, intriguing and never predictable – this is, after all, the director of Oldboy at the helm.  Measured, skilled film-making that expunges just about every human feeling and emotion – a staggering piece of work.

Pablo Larrain makes his much welcome English Language debut with this tale of American’s most famous first lady and manages to bring his own unique style to proceedings. As with many biopics these days, it focuses on one moment of a famed individuals life to expunge the themes and provide an insight to the character (see also – Steve Jobs, Invictus). In this case, the film is structured around a newspaper interview with Jackie Kennedy following her husbands death, with flashbacks to the event itself and those just before and afterwards. To that end, a portrait of Jackie is created as a person who portrayed an image that at times juxtaposed that which was maybe going on beneath the surface. There is an element of body vs soul going on here, and it is brilliantly captured by Portman’s staggering performance. The stress and trauma is hidden beneath the surface but she still manages to portray it with a glance or a brief facial expression – it’s acting that, ironically, goes beyond that which she is showing on the surface. Yet there is more to the film than just Jackie. The score is memorable and at 95 minutes, it never outstays its welcome. A brilliant film by a special talent.

What we have here is a lot of very talented people working together at the top of their game to create something quite special. Set in what feels like real time, Nolan manages to make a film about an evacuation of 350,000 men during a war feel focused, coherent, engaging and utterly, utterly gripping. It just might be the tensest film you’ll see. The photography is quite sensational, the editing done to a tee, the ensemble cast faultless and then there is the score. The haunting, silent opening shot soon gives way to gunfire, dogfights, boats, explosions and much more besides and Hans Zimmer’s music weaves almost seamlessly into the narrative, adding to the real feeling of what Dunkirk must have been like.

This is a deftly subtle character study, a coming of age drama with issues of sexuality, race and class that are relevant but never dominate. It is brilliantly performed by the three leads, each showing Blue at a different stage in his life. From ‘Little’, the scared and unsure youngster to the teenager trying to find his way and culminating with him as a hulk of a man whose physical appearance juxtaposes his internal struggles, shyness and confusion. Internally, he is still the same scared and unsure individual we met at the start. There are some scenes of sex and some of violence but it is measured, it feeds into the story and subsequently, this feels real. It’s a far cry from melodrama, a poetic and moving film that managed to win over audiences who were more willing than usual to give it a chance. It was compelling despite the lack of much action or even plot development, but then that is the point – this is about the characters, and it’s all the better for it.

The one and only Asghar Farhadi returns and manages to further his reputation as one of the most interesting directors currently working. The opening shot is a remarkable set-up to proceedings as we see a building shaking from the inside. It’s not clear why or what is causing it, but the unbroken shot gives you the real sense of dread before we see the root cause of the danger which is a sly commentary on authorities in Iran. This sets up the film and its themes as husband and wife Emed and Rana are forced to find somewhere else to live. While the play Death of a Salesman plays out (with the couple in the lead roles), a violent attack, linked to their new homes previous incumbent has ramifications for the couple. Farhadi creates a great sense of tension and mystery from the set-up and while we, and Emed try to decipher what actually happened, the themes come to the fore.

It’s flawless. From the acting to the scriptwriting to the pace to the direction. The ideas, the themes, the grittiness and the honesty all flow naturally but yet the events of the film are quite theatrical. This takes some doing to make it work but Farhadi, of course, can do this because he is a phenomenal filmmaker.

The sexism of society which lends an eye to the notion of the female victim being partially responsible, the lack of faith in the authorities results in them being kept out of the loop – ideas Farhadi always explores and keeps you thinking about for days afterwards. Brilliantly, he doesn’t dwell on them or labour the point – they simply exist as part of the societal norm. This is a far cry from melodrama. It might nudge 2 hours, but it’s measured, thought out and brilliant film-making, wonderfully acted and smartly written. Tension is extracted from the characters and the mystery in the central conceit and you just have to sit an applaud a true artist at the top of his game.

Hope you have a great day! 🥂

Many thanks! Have a great weekend all!