Zoe Cunningham is an award-winning technology professional and currently Managing Director of Softwire Technology, one of the Sunday Times “Best Places to Work”. In 2013 she was named as one of the 100 most influential people in Tech City, selected by the BBC as the Brightest Woman in Britain and she accompanied Prime Minister David Cameron on his trade delegation to China. Zoe also works as an actor, recently playing the lead role in Marianna Dean’s award-winning short film Symptoms and an award-nominated role in seasonal short The Christmas Movie. Zoe has published three books, her most recent entitled “An Actor’s Life” detailing her journey as an actor.

I was working as the CEO of a tech company and I read a book called The Artist’s Way, by Julia Cameron, for unblocking creative people. I didn’t think I was a creative person (or blocked) but… With The Artist’s Way, you do exercises and read essays each week and on week 8 they asked “what do you really want to be doing?” and BAM I realised that I wanted to be a film actor.

Are there any actors that influenced your approach or style?

I find that acting is quite an internal process so I try not to watch other actors and mimic them. The actors I respect most are those who are versatile and draw your attention.

What’s the best bit of acting advice you’ve been given?

Oh my goodness, there is just so much. I think the best is the one that I am always trying to strive for, which is to “not act” but instead to let the work “act you”. It’s an extremely risky, terrifying and hence difficult way to go about it but you get results like nothing else.

What do you look for in a director?

I started acting in theatre and worked with two incredible directors, Peta Lily and Jeremy Stockwell. They both pushed me a long way out of my comfort zone, while only challenging me with what I could cope with. It’s really easy to either “break” a new actor or to let them be lazy about stretching themselves so I appreciate what a difficult job it was for them to get this balance right for me. In film I have a fantastic working relationship with the award-winning female director Marianna Dean. She has this unbelievable vision for the films that she directs, which means that as an actor you look great because you fit into a well-orchestrated whole. She also has a lightness of touch in directing actors. She will get the performance that she needs by working with you, not by fighting you. Every actor I know loves to work in this way.

Selecting scripts is a tricky business. I’ve read a lot of scripts now and things that immediately put me off are poor spelling or grammar, unrealistic dialogue or tasteless use of difficult subjects (you’d be surprised…!). Having said that it is also very personal, so anything that hits my personal passions (sci-fi, fantasy and strong female leads) can get away with a lot more J 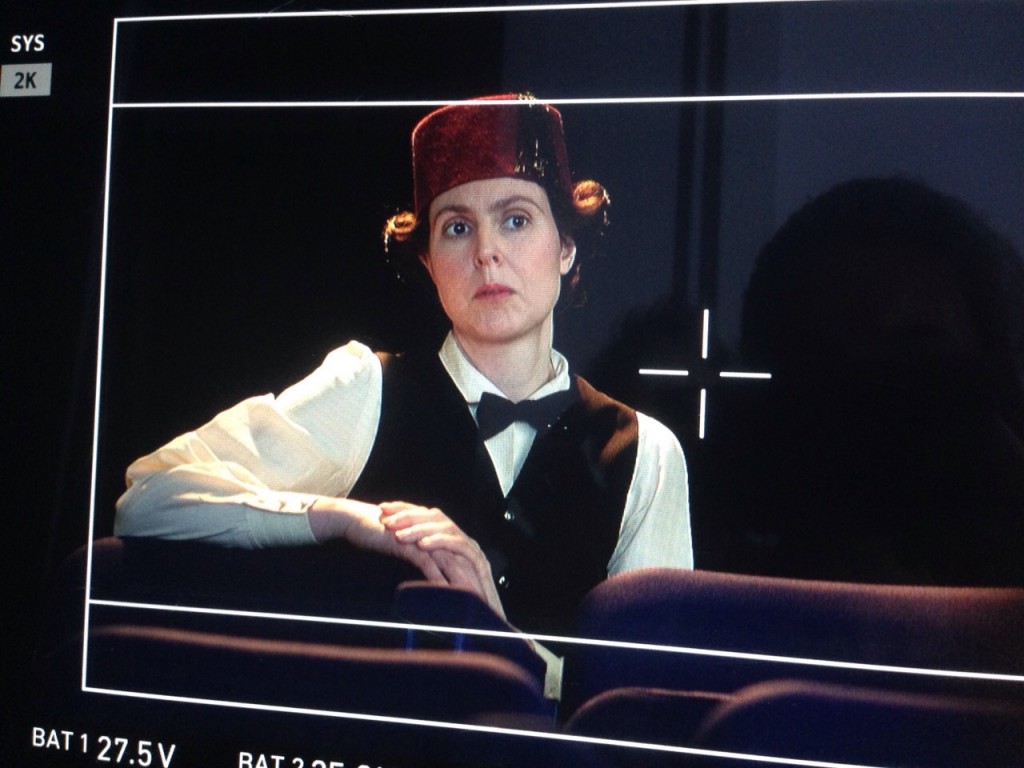 You have experience in both acting and producing, how do you find balance within these roles during production?

Producing fits well with acting as a role. I know some people who act and direct in the same film, which seems impossible to me as I can’t imagine being both in front of and behind the camera at the same time. Production is mostly done in advance of the film starting, so prep is quite stressful but once I am on set I can hand over to a line producer and just focus on acting.

Your third book ‘An Actors Life for Me’ is available from April 2017. What motivated you to write the book and how did you find the experience?

My third book was inspired by my desires to learn to act, aged 35, without giving up my job and going to drama school. Drama school followed by a sole career as an actor is increasingly an unfeasible choice for many people, I wanted to write down what I was doing in order to help a wider audience.

You’ve found a healthy relationship working within both technological and creative environments. What’s been the key to successfully maintaining this balance between roles?

Technology is a fantastic environment to combine with a creative one. Jobs in technology tend to be modern (the company I work for didn’t exist 20 years ago!), well-paid and flexible. Creative work is poorly paid and you are often called on to do something with very short notice. At Softwire we have many creative people as well as me, including semi-professional musicians, authors, games designers and graphic novel writers. Balance really is the key word here – you need to make enough money that you are not drained by the lack of it (so many artists quit their art because the living conditions are just too draining year after year) but dedicate enough time to art that you are fulfilled as a person and not let all your energy get sucked into your day job.

Is there anything you’d change in the film industry?

Oh goodness yes! But I’ve just started re-reading The 7 Habits of High Effective People by Steven Covey and one key principle is to work within your Circle of Influence rather than your Circle of Concern. In a nutshell that means you will achieve more by focusing on what you can change rather than fretting about what you can’t. I don’t have enough clout to impact the film industry in general, but I can make fantastic feature films featuring kick-ass women, so I’m going to focus on that instead.

Would advice would you give to any young actors starting out?

Have another way to earn a living, and make it a career, not just a side job. I get so many more things from my job than just money – connections, self-esteem and knowledge and skills. If I’d started as an actor in my 20s and waited tables to make ends meet I wouldn’t have had the chance to develop any of these skills. Don’t rely on acting for your income and make the time you spend in a second career count for you.