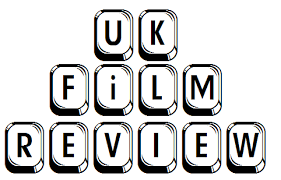 From the latest blockbusters, to small indie cinema, UK Film Review tackle as many films as possible.

UKFR promote not just films but also movie trailers from around the world. They also help support indie films that are using kickstarter to raise money.

You’ve watched it countless times, but it never tires and you could watch it many more times and it will still have an effect.

CO: Funnily enough, it would be a musical! And I say that as someone who rarely indulges in that genre voluntarily. But it is also an animated, very adult, comedy: South Park: Bigger, Longer and Uncut. I’ve seen this movie so many times, growing up and as an adult, and it still makes me cry with laughter. The jokes are great, the characters are brilliant, the songs are incredibly catchy, and I dare anyone not to laugh at Saddam Hussein in bed with the Devil!

Film 2 – The Classic you’ve never seen
We all have classics we’ve meant to watch but haven’t…yet. Which one would be top of your catch up list. Why haven’t you seen it? What would make you put it on?

CO: At uni, I used to make a list of the “50 Films Everyone Says I Should Watch” – and then make my way through them. These were chock-filled with so-called “classics”, and when you’re a film critic if you ever tell someone you haven’t seen a certain film they like, their instant reaction is utter astonishment and outrage. The film that keeps doing this for me is The Sound of Music. I just can’t bring myself to sit down and watch it. I think if I was on a deserted island, someone had just deflated my best friend, and I overcooked my lizard dinner, then perhaps it would be time to indulge.

Film 3 – The film that will definitely give you a lift
It can be sad and depressing when you’re all alone. Which film would you put on that is guaranteed to lift your spirits

CO: Spaceballs. I have seen this countless times and constantly quote the lines to my brother over text. For me, Spaceballs is better than Star Wars. There it is, I said it. 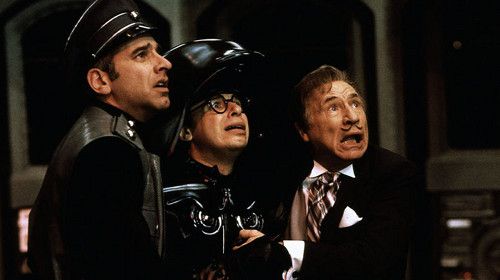 Film 4 – The so-called masterpiece that deserves a re-visit
Sometimes everyone seems to love a film but it doesn’t work for you. Maybe being on an island will enable you to try and see what everyone else was seeing

CO: With a reboot due soon, it seems fitting that I reveal a lukewarm enjoyment for Blade Runner. I feel like I need to see this film in complete isolation with every comment about it wiped from my memory though! Perhaps the desert island will treat me to a coconut to the head which will erase the hyperbolic praise I have heard over the years.

CO: As a writer, I wish I could have written the dialogue for Glengarry Glen Ross. That film is a masterpiece, and to then see that stellar cast bring it to life would have been orgasmic. “Always…Be…Closing”…getting chills thinking about it.

Film 6 – The film that had the biggest effect on you
Which film influenced your life, either personally or professionally, the most?

CO: Most likely Fight Club. My dad let me watch this when I was probably a couple of years too young, but he knew I would love it. After that I chased any film by David Fincher. I also tried to start a little fight club with my friends, which resulted in four very unfit lads huffing and puffing in a park having managed to hurt absolutely no one.

CO: The Prestige by Christopher Nolan. I would have to take one of that man’s films and I feel that this is one of his most underappreciated.

Then it would be Rope, the Hitchcock movie. I think this is excellent filmmaking and it stands up better than some of his other movies.

Even bad films can teach us in some way but there are some that seem to be without any merit at all and you wish, like Jim Carrey in Eternal Sunshine of the Spotless Mind, you could erase them from your memory. Which film, if it somehow made its way onto your desert island, would you gladly throw out to sea?

Eraserhead. David Lynch is an auteur but not one I enjoy. Blue Velvet is okay and Mulholland Drive is good, but this is something I will never endure again! Ironically the time I saw it was at a BFI screening, and the guy in front of me had brought a date. On the way out it became apparent that he was a cineast, lauding Lynch’s filmmaking prowess to his obviously unimpressed partner. After he was finished she simply said, “I’d like to go home now”…my thoughts exactly.

Chris Olson is the editor and founder of www.ukfilmreview.co.uk You can find him on Twitter @UKFilmReview and follow the site itself @UKFReview