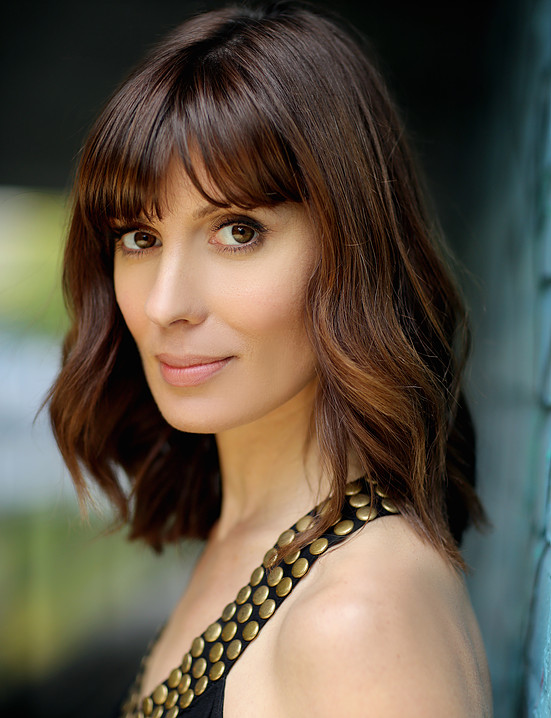 As well as acting Angela also set up UK Actors Tweetup, a networking night for actors.

From an early age I was inspired by the likes of Naomi Watts, because of her performance in 21 Grams and later Rachel Weisz in The Constant Gardener. When I watched 21 Grams, I was so completely affected, (oh and her role in Mulholland Drive too) I knew I wanted to be an artist like that. To affect people when they watch cinema, to take risks.

Are there any actors that influenced your style?

Definitely. In the early days I studied method acting and I was really into Al Pacino and some of the other greats who I had heard studied method acting too. Interestingly though, as I’ve got older my style has changed, and it continues to depend on the director I’m working with and how we work together. I find that’s half the fun of finding the character and the story – the journey you take with them and the other cast.

What steps did you take to make becoming an actress a reality?

Initially I went to a school that taught acting because I wanted to improve my singing voice. So I accidentally fell into acting. After that, once I realised I love it, I just worked on anything and everything that I was offered (of course avoiding nudity or things I didn’t agree with) so I could build my credits up and make industry contacts. Some actors choose to only do well paid work and they sit and wait. I think that does essentially work for some. But for me, as a female in a market with twice as many females for half as many roles, I wanted to accelerate my progress as quickly as possible by gaining as much experience as possible. I even remember my first film role being a stand in and hanging out with Sam Worthington for a whole day on set. I just loved being able to watch these professional actors closely and learn, learn, learn.

I also think early on I was lucky in just choosing a few lovely projects that won awards and had high production values. I was able to use those to help with building a showreel and getting seen for more auditions.

What’s the best piece of advice you’ve been given?

Definitely it would be a Casting Director who said to have a hobby or something else that you love to do. Don’t ever make acting your “everything” or it will be all-consuming.

It is still a job after all, even if it’s a wonderful and very rewarding job. Create a world for yourself which involves having hobbies, be that sport or leisure, and surround yourself with wonderfully uplifting people who have the same energy as you. No one wants to hang out with a Debbie Downer all the time and, in an industry where you are constantly being rejected, you definitely don’t need any more negativity.

What do you look for from your director?

I love working with directors who have real vision and want to create something truly unique and non-generic. I particularly love it when those said directors are going for something really raw and gritty, or they have this really unique story whuch must be told, they know exactly what it looks like to them, and they can communicate this exciting vision to the cast and crew they’re working with. That’s when I feel most involved and part of something big and magical.

Interestingly, I find scripts are much tougher than directors [in terms of what to look for]. Over the years I’ve become more particular about what I want to work on and unfortunately a lot of stories, especially in short film form, don’t tell a full story. It’s really disappointing when someone gives you a piece that they’re interested in attaching you to, and you get to the end of it and think, “wait, what…I don’t get it”. I want a script that will challenge an audience. I remember watching this BAFTA winning short once that was only a minute or so long and I still talk about it today. ROOM blew me away. And SIX SHOOTER, Martin McDonagh’s Oscar winning short – the performances are spellbinding. I look for scripts that blow you away or surprise the hell out of you.

You’ve set up and run the London Tweetup (@UKActorsTweetup), what are the benefits of these events and how can people attend?

Yes I founded the London Tweetups (@UKActorsTweetup) about 7 years ago to give actors a chance to meet industry professionals in a really informal environment, and ask questions they don’t normally get to (Independent, Hubbard Casting, Conway van Gelder, Award winning directors and producers are a few examples of previous speakers) and without spending much money. Then afterwards there’s time for free networking, so actors get a chance to meet working directors, Casting Directors, Producers, Writers and the likes. The real benefit for all who attend is that they get the chance to mingle with all of these different industry people and then often gain contacts or work opportunities as a result.

Recently we also set up the TweetFest Short Film Festival, off the back of London Tweetups. It is in it’s second year now, is an IMDb recognised Film Festival, and we hold it at the Picturehouse annually with over 100 filmmakers and industry VIPs in attendance. It’s a chance for our members to have their work seen by some of Britain’s professionals and we are thrilled to be championing local talent. The next TweetFest is actually coming up on the 1st November (couldn’t help mentioning it!).

In your opinion, are there any common mistakes you see actors make?

I think acting is one of the toughest professions out there, so I am hesitant to knock any actor who is earnestly trying to make it work for them as a career. But having said that, I do find there are things which can help and hinder a career. I think actors commonly spend too much time worry about their next job, and not enough time enjoying the one they’re currently on. It’s going to be a long steady road so we may as well enjoy each and every baby step. By being mindful, you can really appreciate the journey and be the best possible actor on the job you’re currently working on.

I also think lots of actors, especially when they’re starting out, make the mistake of thinking everyone else needs to hear their CV (usually because they’re insecure and keen to impress). Be comfortable with where you are at, and don’t give an abridged version of your Spotlight CV when you first meet an important CD, Director or Producer. Just be yourself and talk about what you would with your non-actor buddies. This will leave so much more memorable an impression, and you might discover things you have in common. 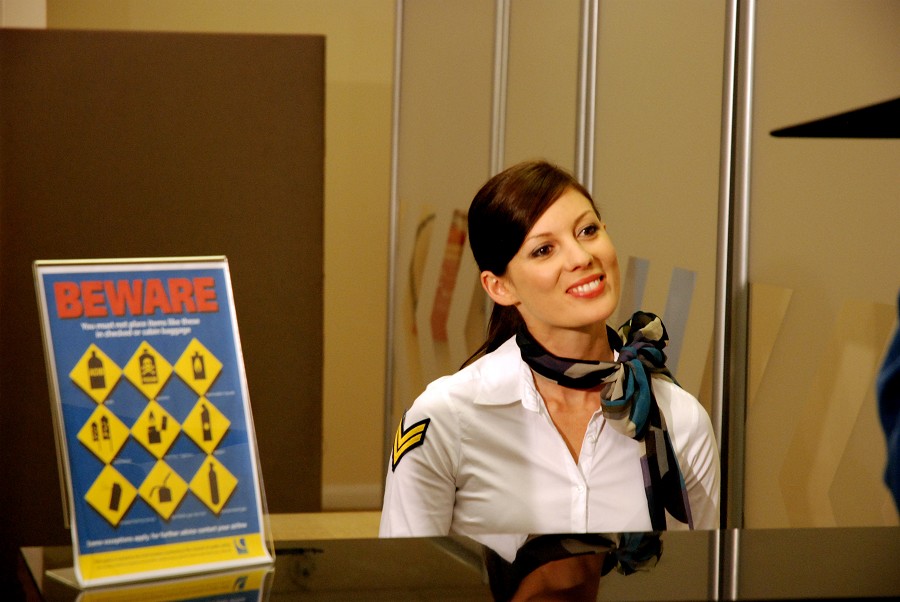 If you could change one thing about the film industry what would it be?

More female roles so that we actually see an equal depiction of women and men on television and in films. If 50% of the population is female, shouldn’t our future generations see that on screen? That and sexism in the industry. They are the two things I’m constantly frustrated by.

Do you have any tips/advice for anyone wanting to pursue acting?

Absolutely, pursue it if you are passionate about it as a career choice, and not because you want to get famous (if that’s your motivation, I can suggest some awful reality TV shows). Make sure you put away your tax for every job you earn, and 10% on top of that aside for savings! Between jobs can feel like a terribly long time and it sucks to have to go back to ‘other work’ in the downtimes.

To finish on a high – I think it’s the best job in the world! You meet incredible people, work in some incredible locations, and get to play every day. So if you want to pursue it, don’t listen to anyone who tells you to get a real job. They’re just jealous.

Angela can be found on Tweeter: twitter.com/angiepang, IMDB and you can keep up to date with Angie’s blog here: actingbabe.com