Inspired by the popular Radio Four show, we take into account film lovers and what they’d need if they ever ended up on an island with only a volleyball for company, an ice skate for a tool and an un-opened package they need to deliver.

What eight films would you simply have to play on your waterproof, solar powered blu-ray device?

We’ve given you some rules though to help our castaways shape their choices.

First up is Neil Parmar from Red Mosquito Films…

Film 1 – The film you’ve seen more than any other
You’ve watched it countless times, but it never tires and you could watch it many more times and it will still have an effect on you.

NP: I would imagine its Goodfellas (1990) Scorsese, M. Only because I can remember that film so well and can quote a lot of the film, much to the annoyance of anyone else in the room.

Film 2 – The Classic you’ve never seen
We all have classics we’ve meant to watch but haven’t…yet. Which one would be top of your catch up list? Why haven’t you seen it? What would make you put it on?

NP: Casablanca (1942) Curtiz, M.  Never got round to it, plan to watch it one day. I’ve watched ‘Play it Again, Sam’, where Woody Allen plays a film critic obsessed with the film – really liked that.

Film 3 – The film that will definitely give you a lift
It can be sad and depressing when you’re all alone. Which film would you put on that is guaranteed to lift your spirits.

NP: Back to the Future (1985) Zemeckis, R. Seen this 80’s classic countless times. It’s my ultimate feel good film. A bad day is always bettered with a viewing of BTTF.

Film 4 – The so-called masterpiece that deserves a re-visit
Sometimes everyone seems to love a film but it doesn’t work for you. Maybe being on an island will enable you to try and see what everyone else was seeing.

NP: Close Up (1990) Kiarostami, A. I have seen and thoroughly enjoyed ‘Ten’, ‘Taste of Cherry’ and ‘The Wind Will Carry Us’ (the latter I consider a masterpiece); therefore I was very much looking forward to watching Close Up. Something didn’t translate well in with the narrative and style of this film for me to enjoy it. The film being so highly regarded, I think it does deserve a re-watch – maybe I just wasn’t in the mood. 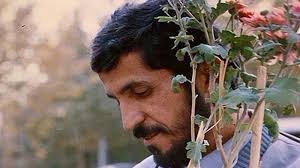 NP: Chungking Express (1994) Wai, Wong Kar.  I adore this film; it has an excellent vibrant energy to it as well as being sombre and philosophical at the same time.  The characters have great arcs and the film has a unique mood and feel that only a great director like Wong Kar Wai can portray. Wish I made this one!

Film 6 – The film that had the biggest effect on you
Which film influenced your life, either personally or professionally, the most?

NP: Amelie (2001) Jeunet, Jean-Pierre. By this point I’d seen some pretty great films but world cinema was an area I had not sought. Watching Amelie floored me; a perfect film that opened up a whole new exciting alternative of cinema for me. World cinema made me fall in love with cinema therefore Amelie was where it all started.

NP: Apocalypse Now (1979) Coppola, F – Probably my favourite flick of all time. What can I say that hasn’t already been said – it’s a bonfide masterpiece, everything cinema should be. The anniversary Blu-ray box set has a copy of ‘Hearts of Darkness’ bundled in-am I allowed to take that too?

True Romance (1993) – Scott, T – It’s like a fairy tale in a blood drenched, drug filled, gangster world. Fantastic characters mixed in a rollercoaster of emotions. I can’t imagine not watching Clarence and Alabama try to find peace at least once a year for the rest of my life.

Even bad films can teach us in some way, but there are some that seem to be without any merit at all and you wish, like Jim Carrey in Eternal Sunshine of the Spotless Mind, you could erase them from your memory. Which film, if it somehow made its way onto your desert island, would you gladly throw out to sea?

About this weeks castaway

Chief of Red Mosquito Films, Neil has adopted the role/s of producer, director, cinematographer and editor on various productions for the company. Red Mosquito Films is a West Midlands based indie film production company that specialise in short films and documentaries. Inspired by a wealth of cinema and the zero-budget filmmaking of the DSLR generation, films are produced on a frequent basis and vary in style, content and narrative. ‘The Mad Jicks’ (2017, directed by Parmar) and ‘Working Girl’ (2016, directed by Nick John Whittle) are currently being entered into festivals. All other Red Mosquito films are available online, in particular ‘Reflexions’ (2016, dir. Neil Parmar) https://www.youtube.com/watch?v=Bly7brPKIsM & ‘The Southwest’ (2016, dir. Neil Parmar) https://www.youtube.com/watch?v=AOvnbNnmYhQ

Hope you have a great day! 🥂

Many thanks! Have a great weekend all!