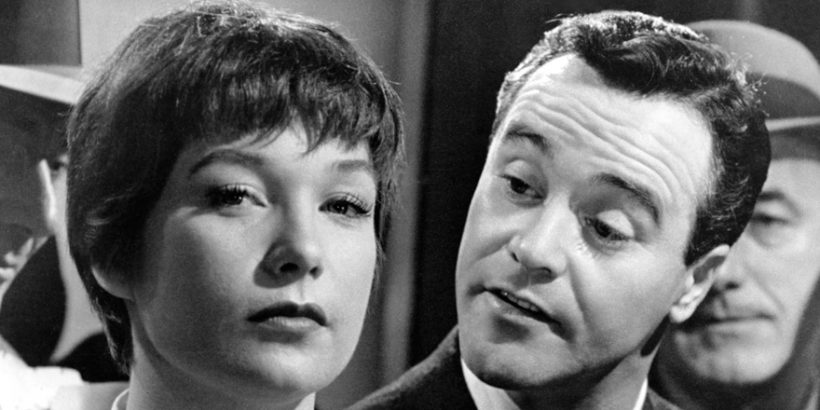 Mark Cousins is a film maker, film historian and critic who writes for Sight & Sound alongside other publications. In 2004, he wrote the book A Story of Film which was later turned into a T.V. series. The 15 part documentary, which Cousins himself wrote, directed and narrated was broadcast on More4 in 2011 before being released on DVD and shown on Turner Classic Movies. His other films include A Story of Children and Film, The First Movie and, most recently, Stockholm, My Love. He has interviewed directors including Martin Scorsese and David Lynch as well as working alongside the likes of Tilda Swinton and Neneh Cherry. You can find him on Twitter @markcousinsfilm

Billy Wilder’s The Apartment. In my 20s I couldn’t get enough of Shirley Maclaine’s beauty and Jack Lemmon’s solitude, or vice versa.  I loved its New Yorkyness, its character names, its brilliant construction.  Then Faber and Faber asked me to write an introduction to its screenplay, so i watched it even more.

LOADS. The Wild Bunch and Amarcord come to mind.

Musicals are often about uplift.  They’re gravity defying.  And so the Indian classic Sholay is an adrenalin rush.  So is Mamma Mia.  I remember when it came out and lots of (often male) critics were sniffy about it.  I thought it was like a Stanley Donen film (except for the first ten mins or so, ie until Meryl appears).

I’m afraid that The Rules of the Game by Jean Renoir does little for me.  I’m also oblivious to the charms of Roberto Rossellini’s Viaggio In Italia.  As so many people love them, I’ve tried more than once with each.  I must have a blind spot.  If so, Paul Thomas Anderson’s Phantom Thread successfully targeted it.

Larisa Shepitko’s The Ascent or Terence Davies’ Distant Voices, Still Lives.  She is such a master filmmaker.  She conquers cinema.  Davies’ film is great on recovery, one of the themes in my work.

Welles’ Touch of Evil.  I saw it on TV as a kid and knew nothing about Mexico or sex. But it was such a velvet labyrinth, so baroque and enticing, that I felt that I’d taken drugs. When I first went to LA, I walked the route of its famous opening shot.  I hum its pianola song when I’m lonely.  Its excesses make it insistent.  I’ve just made a film about Orson Welles’ drawings and paintings and, in doing so have retraced his footsteps.  Once you’re in the Welles world, you never leave.

Imamura’s The Insect Woman is still the film that excites me most.  Its combination of architectural imagery and clear-sighted passion for its main character is magnificent.  But maybe his Tales from the Southern Islands is even better?  Then again, you could argue that Kira Muratova’s wild, enervating Asthenic Syndrome is the boldest film ever made – an enraged, dazzling work. Or what about Mohsen Makhmalbaf’s A Moment of Innocence?  It should be the first film shown in any film school.

Clint Eastwood’s American Sniper?  Ben Affleck’s Argo?   No, they’re just shite.  I wish I hadn’t seen Pasolini’s Salo, to be honest or, rather, I never want to see it again.  It’s so compromised.  It argues against his greatness and significance, I feel.

In 2017 Mark Cousins released his new book The Story of Looking. In it you’ll find a “lightning-bright tour – in words and images – through how our looking selves develop over the course of a lifetime, and the ways that looking has changed through the centuries”.

It’s now available online and in all good book shops.